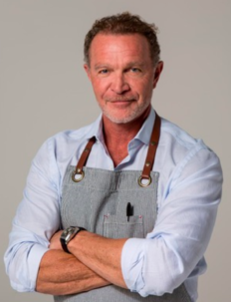 Chef Mark McEwan began his career as the executive chef at Toronto’s upscale Sutton Place Hotel. From there, he opened the ground-breaking North 44 and North 44 Catering which set a new standard for Toronto’s culinary scene. Chef McEwan continued to push dining innovation with the launch of Bymark, ONE and Fabbrica which now has 2 unique locations. Inspired by global food halls, Chef McEwan opened McEwan Foods, which has 3 locations across Toronto. Chef McEwan then showcased his innovative approaches to Middle Eastern, North African, and South Asian cuisine with Diwan at The Aga Khan Museum. Now, Chef McEwan mentors budding chefs in his kitchens, through his bestselling cookbooks and as head judge on Food Network Canada’s hit series Top Chef Canada and Wall of Chefs.

Through a series of questions and explorations lead by Mark Murdoch and Dave McEwen, Chef Mark McEwan will walk us through the journey from inspiration to execution, how he finds, and sometimes creates, the next trend and then makes it real for diners.

Chris Jeens began his career in the Foodservice and Hospitality industry in 1995 at W.D. Colledge Co. Ltd., after graduating from Wilfrid Laurier University. His role as a sales agent across Canada for many large equipment and supply manufacturers has allowed him to develop a broad understanding and appreciation of how these appliances can make a huge impact on any foodservice operation. Chris will bring an industry partner’s perspective to a conversation about how to make informed choices about equipment and supplies.

W. D. Colledge Co. Ltd. has been an active supporter of CCUFSA for almost 20 years. His first CCUFSA conference was also in Windsor in 2001. Chris served as Manufacturers’ Agent’s Association for the Food Service Industry (MAFSI) President in 2016-17, and is the current MAFSI Chairman. More importantly, Chris is a dedicated family man, residing in Toronto with his wife, Julie, and sons Simon (a University of Guelph student) and Jeremy, who will be attending an as yet to be determined university in 2020. Chris has a passion for music and is a lead singer with a better than average bar band made up of neighborhood friends. U2 is not worried.

Where do we want commercial cooking equipment technology to take us? 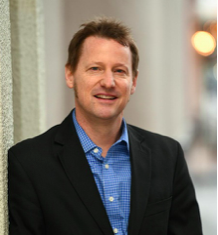 Using Data to Hasten And Focus Decision Making
When new operational concept development involves significant investments and a long timeline from concept to opening, it is critical to know that the insights and trends underlying that concept have enduring relevance. In this session, Robert Byrne, identifies the biases at work in our decision making that cloud our vision and lead us astray when looking at multiple sources of big data.

He’ll topline Technomic’s strategy for leveraging data to make better decisions by cutting through the noise to reveal lasting trends among the countless fads. Catch a glimpse of upcoming consumer, menu and industry areas to prepare for future. 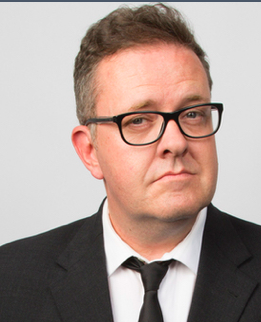 Starting Again: You’re Not Too Old, You’re Too Comfortable

In 2007, my business collapsed. I had more bills than a job would pay for and I was lost.  In 2013, I started creating social media videos which turned into a job and a life that I could never have dreamed of.  As we get older we feel we can’t adapt to change, but we can.

Hundreds of thousands of people watch Brittlestar’s videos every week. His comedic and family-friendly videos have been seen more than 500 MILLION times on various platforms. His recent KFC video campaign was the most popular branded video content in the world on Facebook for the summer of 2017.
With a global fanbase, an invitation to the White House, speaking engagements all over North America, a weekly panelist on CTV National News, starring in the Dreamworks TV show ‘Kid vs Parent’ with his youngest son, collaborations with celebs such as Gordon Ramsay and The Property Brothers, and meet-and-greets at PlaylistLive, Brittlestar is living the social media celebrity dream… not bad for a Dad from the suburbs.

Brittlestar, or Stewart Reynolds (as his mom calls him when he’s in trouble), is the father of two teen boys, Owen and Gregor (both well-known creators online). These three guys, along with Brittlestar’s wife, Shannon (co-star of their successful The Morning Show Thing live stream on Facebook), have created viral videos for a variety of brands and organizations such as Disney, ESPN, Subway, CBC, Walmart, and others. 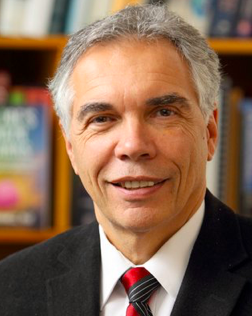 Nutritional Advice – Is there a solution to the confusion?

Eating has become a confusing experience.  Virtually every day bring news about some “miracle food” that we should be gulping down.  One day it’s tomatoes to prevent cancer, then flaxseed against heart disease or soybeans for menopause.  Then there are the worries: genetic modification, aspartame, MSG, the safety and efficacy of dietary supplements.  We need proper science to guide us through this nutritional maze.

Joe Schwarcz is Director of McGill University’s “Office for Science and Society” which has the mission of separating sense from nonsense. He is the recipient of numerous awards for teaching chemistry and for interpreting science for the public. “Dr Joe” has hosted a radio show on science for forty years, has appeared hundreds of times on television, writes a regular newspaper column and is the author of eighteen best-sellers. He has been awarded honorary degrees by Athabasca University, Cape Breton University, the University of Windsor and Simon Fraser University. Professor Schwarcz is also an amateur magician and often spices up his presentations with a little magic. 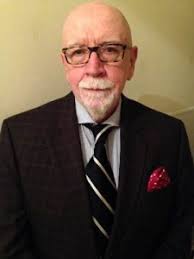 Doctor McVey has had a diversified career as  Chief Executive Officer, business professor, organizational consultant and author. His main areas of expertise are in the fields of organizational leadership, business ethics and organizational psychology. He is most known for his work on Soulful Organizational Psychology and the Disruptive Culture. His work and teaching are about the need for a humanistic pragmatic psychology in disruptive economies. He emphasizes the importance of a psychology of common sense decision making and exemplar leadership in emerging organizations.

In a disruptive economy, accumulating traditional resources, once the core belief for organizational success, is still necessary but insufficient for sustaining a competitive advantage. Today, the true value in organizations is realized in the maximization of human potential and soulful leadership with a Psychic Edge.
Dr. McVey will lead us through an exploration of the Psychic Edge: